Newspaper on News of the World / size: tabloid

News of the World

This is an addition to the last issue of Rupert Murdoch's shut-down newspaper The News of the World. As the many phone hacking scandals and the bribery of police officers led to the closure of the paper, the eyes of the public were all pointed towards Rupert Murdoch, James Murdoch and Rebekah Brooks, rather than listening to what the employees had to say about it. In this newspaper I collected quotes of the employees and used them to tell the story. At first there is a lot of background noise covering the story. Slowely, those walls are broken down to reveal the quote by Rebekah Brooks: 'We have a belief in journalism'. Later that quote is broken down to reveal the anger that the employees feel towards Rebekah Brooks. More and more information is revealed, including images of inside the building. The advertisements expand in size as the newspaper progresses, advertising the ridiculously out of context jobs overseas that News of the World offered its employees. In my newspaper I played with the idea of only presenting a selection of the truth. 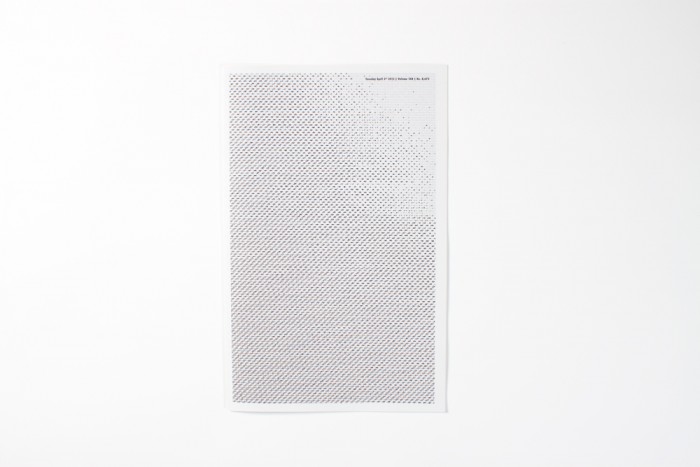